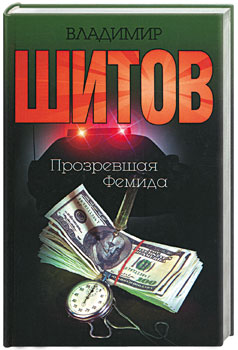 Шитов В. К. information about the seller and his items
offlineAsk a question

His new novel, I have called "Clearwisdom Themis." In Greek mythology, the goddess of justice is depicted blindfolded and is a symbol bespri¬strastnosti with weights in his left hand and a sword - on the right. God forbid, if the bandage will fall from his eyes. Then begin judicial tyranny: the balance will show the wrong weight, and the sword will not punish someone who deserves it. In our country, Themis has long been "seen the light". Judges - a special, privileged clan, caressed by the authorities, protected by law. Judge difficult sometimes to go in the wake of such a power does not reach a verdict in her favor. Even more difficult is it to refuse bribes, offering criminals for acquittal or a light sentence for the possibility not to go to court.