Paul ranks. In the Altai Mountains. 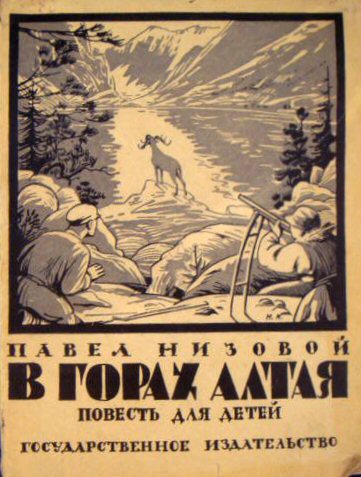 Bookinistica information about the seller and his items
offlineAsk a question

In the story by Russian Soviet writer Paul Nizova the adventures of two boys, and the Russian Altai, who had taken refuge in the Altai Mountains in the grim years of the Civil War. The story is written in the best traditions of the world of adventure books for children: mountains, nature, the struggle for survival, hunting, shamanism and other exotica.

File format Word. Excerpt: "... Sanka little behind. Perk turned the ledge above steeper and suddenly stopped. With screeching rose more scared kites. Nearby, on a tree sparkles bloody, large, tightly screwed. Perk wants to get closer to see, but it is terrible. With wooden eyeless stares at him - one red gut their own, and chat ispyatnannye shreds of clothing. But even worse than the other. Nearby, on a stone slope - a huge, grizzled hawk. Without letting go of his claws piece black and bloody meat, he stared at the motionless perks, round eyes burning with hatred. Terrible, invincible in the unblinking bird view. I wanted to turn back - legs refuse to serve. I wanted to scream - his mouth is sealed, and the body - ice needles ... "Download: Paul ranks. In the Altai Mountains.

Related to item "Paul ranks. In the Altai Mountains.":

Galina Wasilewska. Lightning in the night.

COINS for FIFA 17 Ultimate Team PC +discounts up to 10%