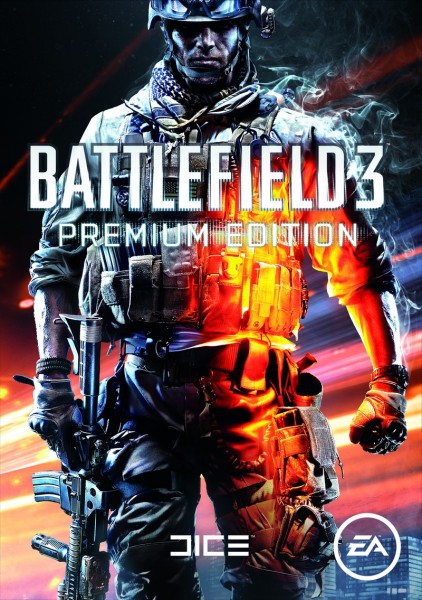 Loyalty discount! If the total amount of your purchases from the seller Media_market more than:
If you want to know your discount rate, please provide your email:

Media_market information about the seller and his items
offlineAsk a question

OF THE BATTLEFIELD 3 PREMIUM EDITION INCLUDES:

Features:
• Immerse yourself in the large-scale fighting in the acclaimed and award-winning multiplayer game, a tight co-passing mode and exciting single-player missions.
• Get all 5 additions, which include 20 new maps, 20 new weapons, 10 new vehicles and 4 new game modes.
• The war with the use of military vehicles back and gives you a characteristic Battlefield battle with military equipment. For example, a damaged machine can fall back, or it can be protected, while its armor level is restored.
• You will be unprecedented destructible - Frostbite 2 technology allows you to break cover, punch holes in the walls, change the landscape, and even bring down on the heads of opponents entire facades of buildings.
• Get an early advantage in the multiplayer game - you have 15 kinds of powerful weapons, plus equipment, improvements to equipment and much more.
• You no longer have to engage in battle alone thanks to a strong community and social functions Battlelog.

By purchasing a digital product, you agree to the terms of its purchase
remember that according to the rules this product is not returned and exchanged.
after the moment of transfer of the goods to the buyer, the seller is not responsible for it
Remember also that access to the provision of digital content and the provision of all services associated with any purchased product provides a Steam service
on all the issues you need to apply in support of steam
If you do not agree with these rules, please refrain from buying goods !!!!!!


1. Download and install Origin. (Http://www.origin.com/download)
2. Start Origin.
3. Go to "Origin-activate the product code."
4. Enter key received after payment.
5. After activating supplements they will be displayed in your details on the game.
6. Select for Battlefield 3, and press "Start".
7. Download and install all updates released.